An Eskdale Wander and Wildcamp

I knew this was going to be a great little trip. The omens were good as I drove over the Wrynose and Hardknott passes without even seeing another car. One of life's little pleasures.

So I set off from near Jubilee Bridge heading for Green Crag. Perusing the map, the Birker Force waterfall looked like it might worth a detour and there did seem to be a vague path of sorts which climbed up along it. I soon found the waterfalls and the path which was indeed vague and required the use of hands and feet at some points.

From the top of the falls it's an easy ramble along boggy ground towards the crags. There are many crags around this area, with Green Crag being the highest and so I decided to visit a few of them along the way.

From Green Crag I headed for Harter Fell but took a minor detour over Dow Crag (no not the Coniston one - that would be a detour!). The ground is really wet in places around here. I had, until now, managed to keep my trail shoes dry ... but no longer. I finally succumbed to wet feet.

From Harter Fell I made a bee line for Hard Knott just pausing to collect water from Hardknott Gill along the way. The wind was quite a bit stronger than the insignificant wafts that were forecast so I looked for a sheltered spot and managed to find one with good views of both the sunset and the Scafells. Like I said, the omens were good for this trip :-)


The eagle eyed among you will note the deliberate mistake that I have pitched the tarp 'inside out'. This is because I wasn't using the 2 lifter points in the middle of the tarp (I forgot to bring 2 short bamboo canes for this) and so instead used them on the inside to attach my little tent light. 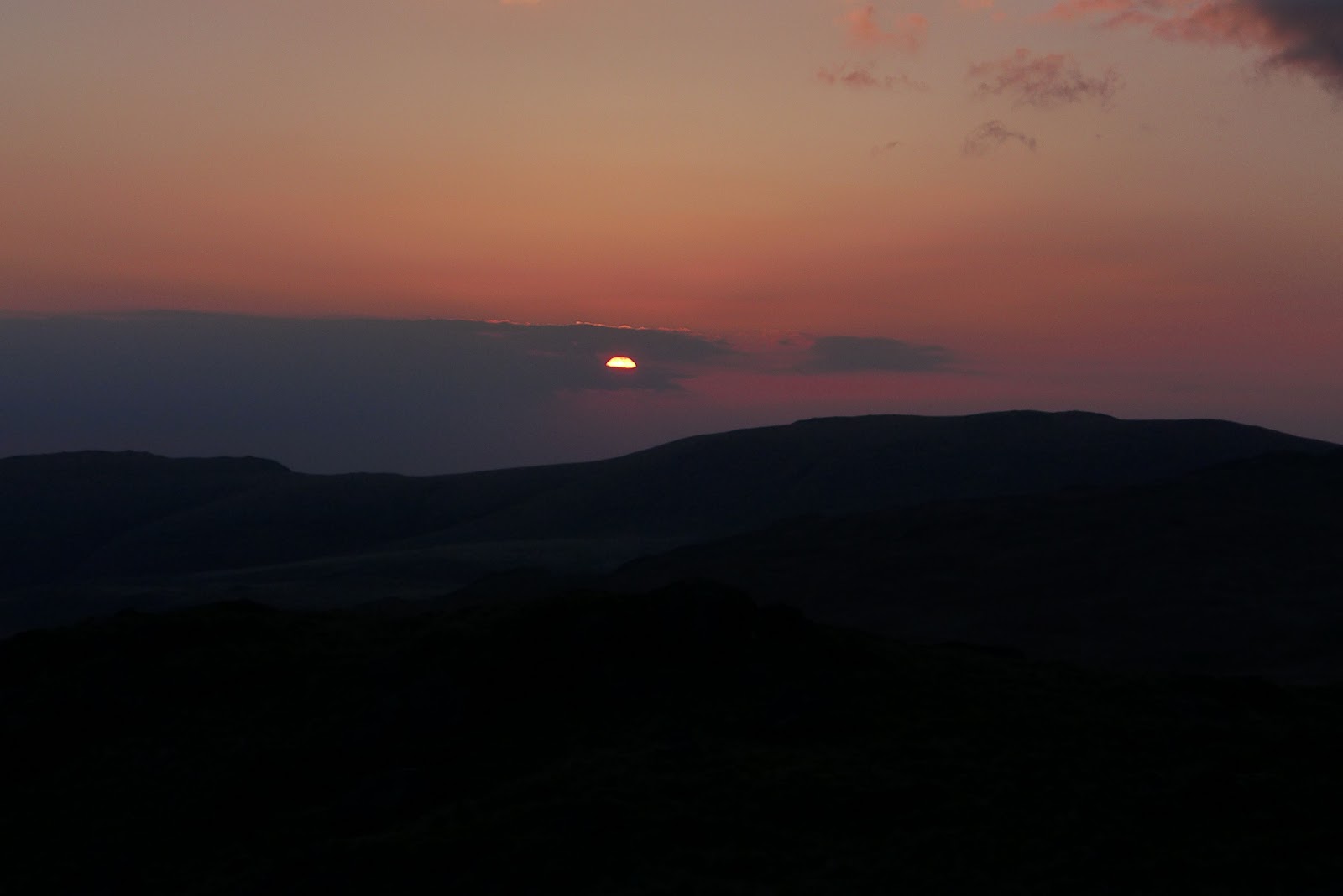 It was a cold clear night. I spent a long time just watching the night sky which was pitch black and bursting with stars. I watched the space station pass over, saw many satellites and a few shooting stars. It was a mesmerising scene from the comfort of my sleeping bag. This is the great selling point for tarps but of course, being a certified wimp, had there been a hint of rain forecast or indeed any other such inclement weather then I would have brought the tent or the trailstar instead. Tonight though, it was perfect for a 'roofless' night under the stars. I forgot the bivvy bag (schoolboy error!) and so needed to wear my down jacket and insulated trousers to stay warm as the temperature got down to just below zero.

Apart from a bit of wind (the weather that is, not the effects of my delicious Fuzion chicken tikka masala) it was a quiet night. I woke to frosty surroundings and a crispy tarp. I was up and away by 6am and onto Hard Knott summit to watch the sun rising over Cold Pike. All along the ridge towards Lingcove Beck are stunning views of upper Eskdale and the Scafells. It was a joy to watch the sun first touch Scafell summit and then move its way slowly down to illuminate the whole huge massif in an orange glow. My futile efforts with the camera really didn't do justice to this majestic scene. 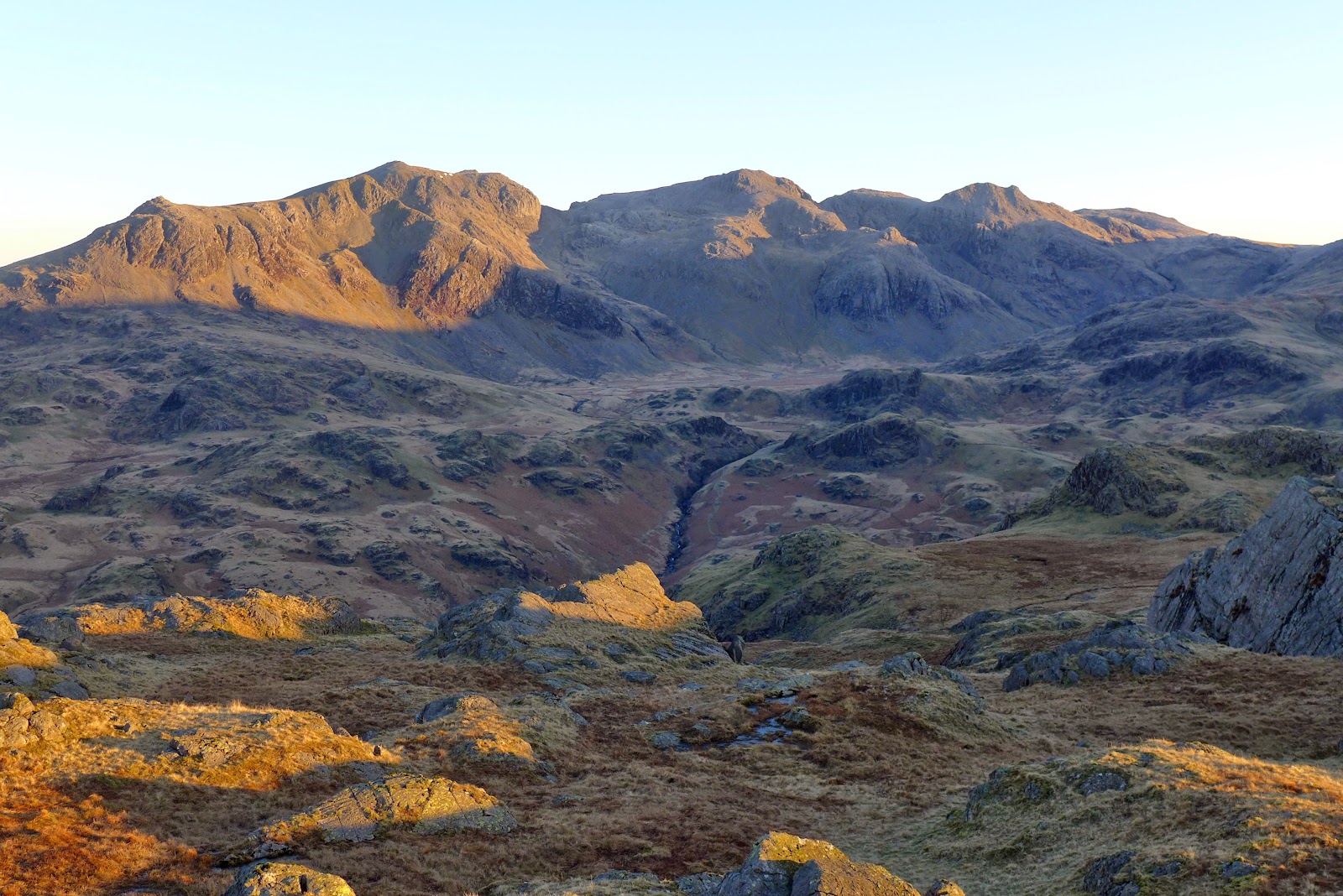 At the end of the Hard Knott ridge I followed the path down along the gorges and waterfalls of Lingcove Beck.


It always amazes me how the old Lingcove packhorse bridge stays up. I have no idea when it was built and a quick google search was unrewarding but it looks like it has seen a good few decades and will likely see many more.


From here its a lovely quiet walk following the course of the River Esk back to Jubilee bridge. Only here did I see another person since leaving the car the day before. 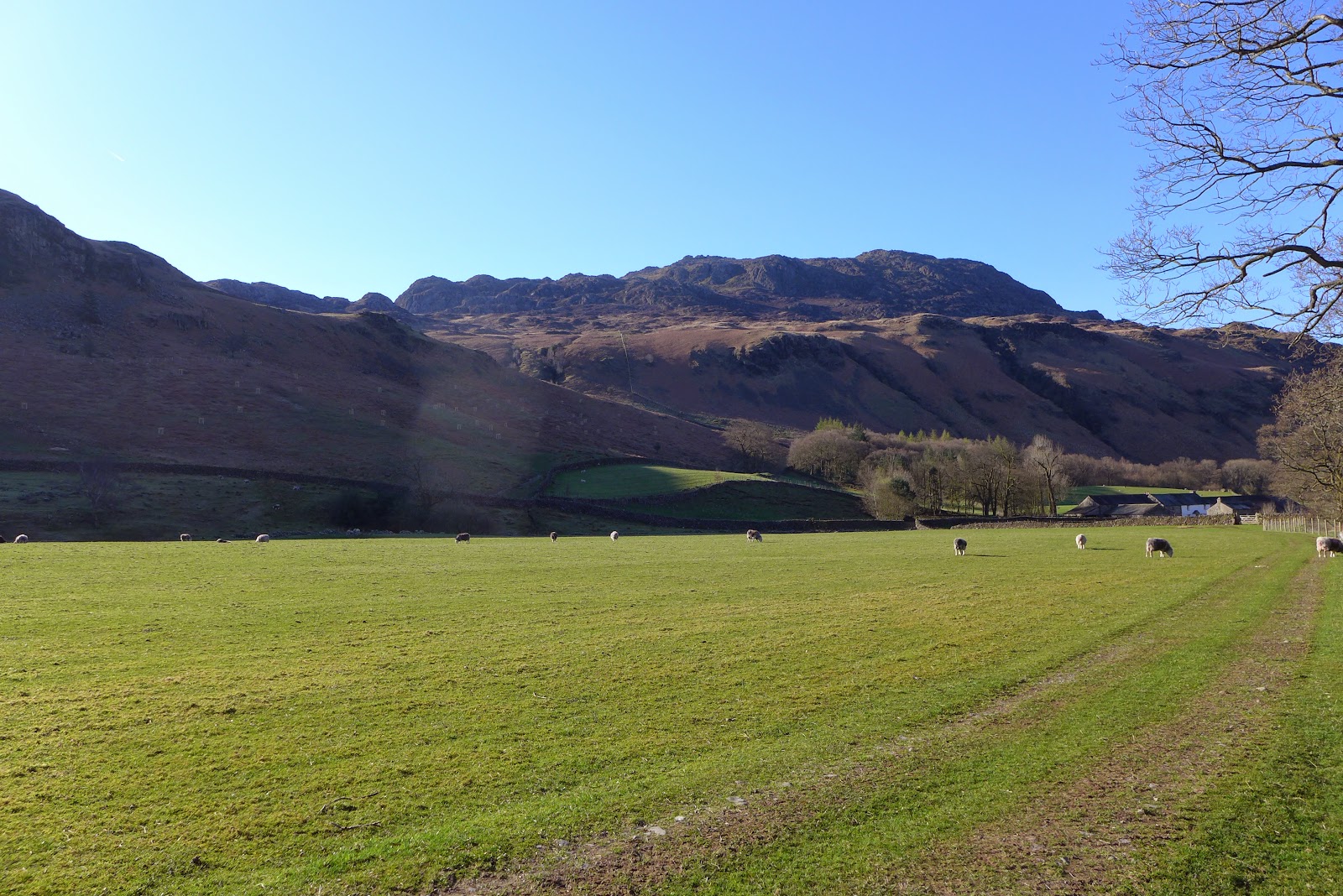 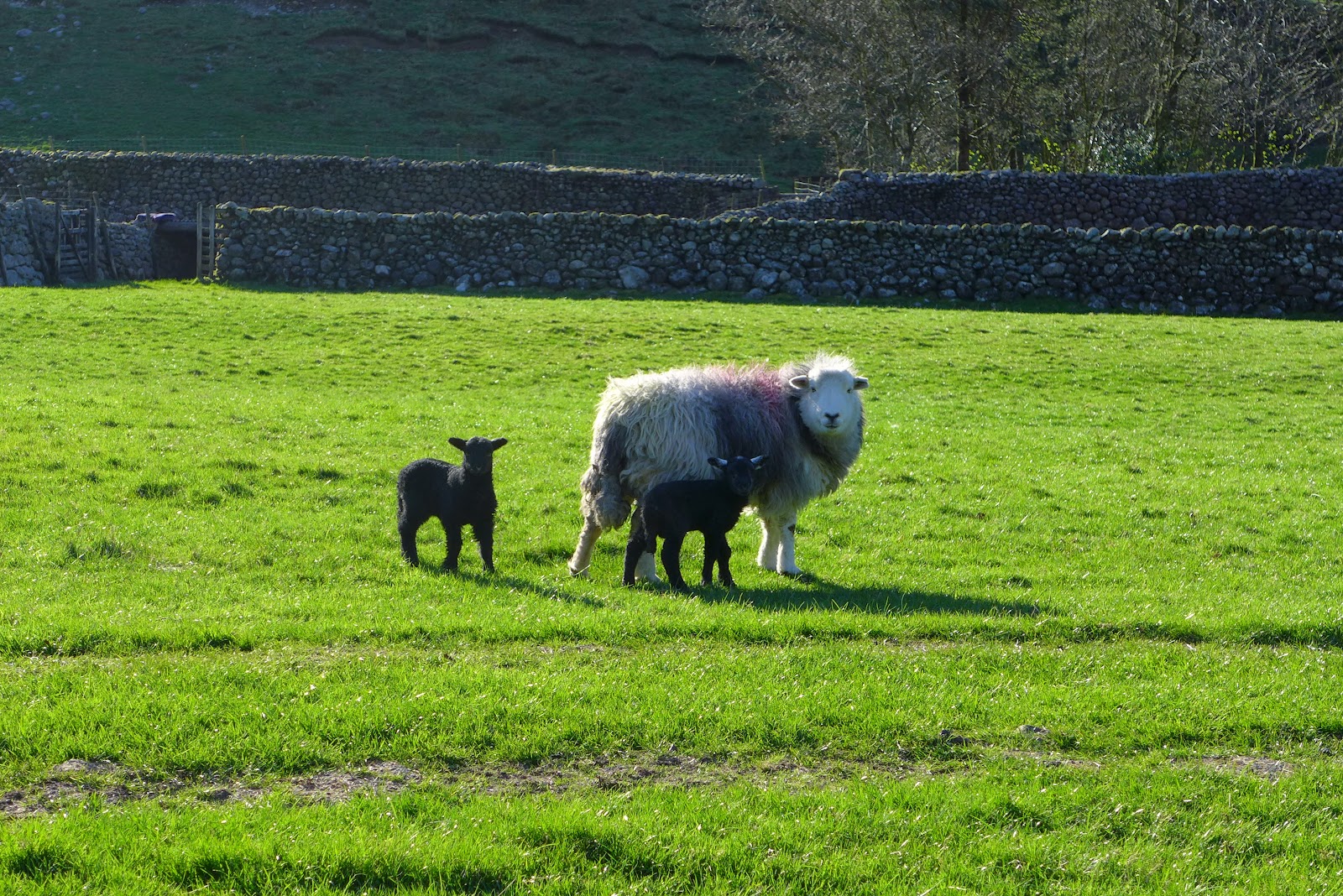 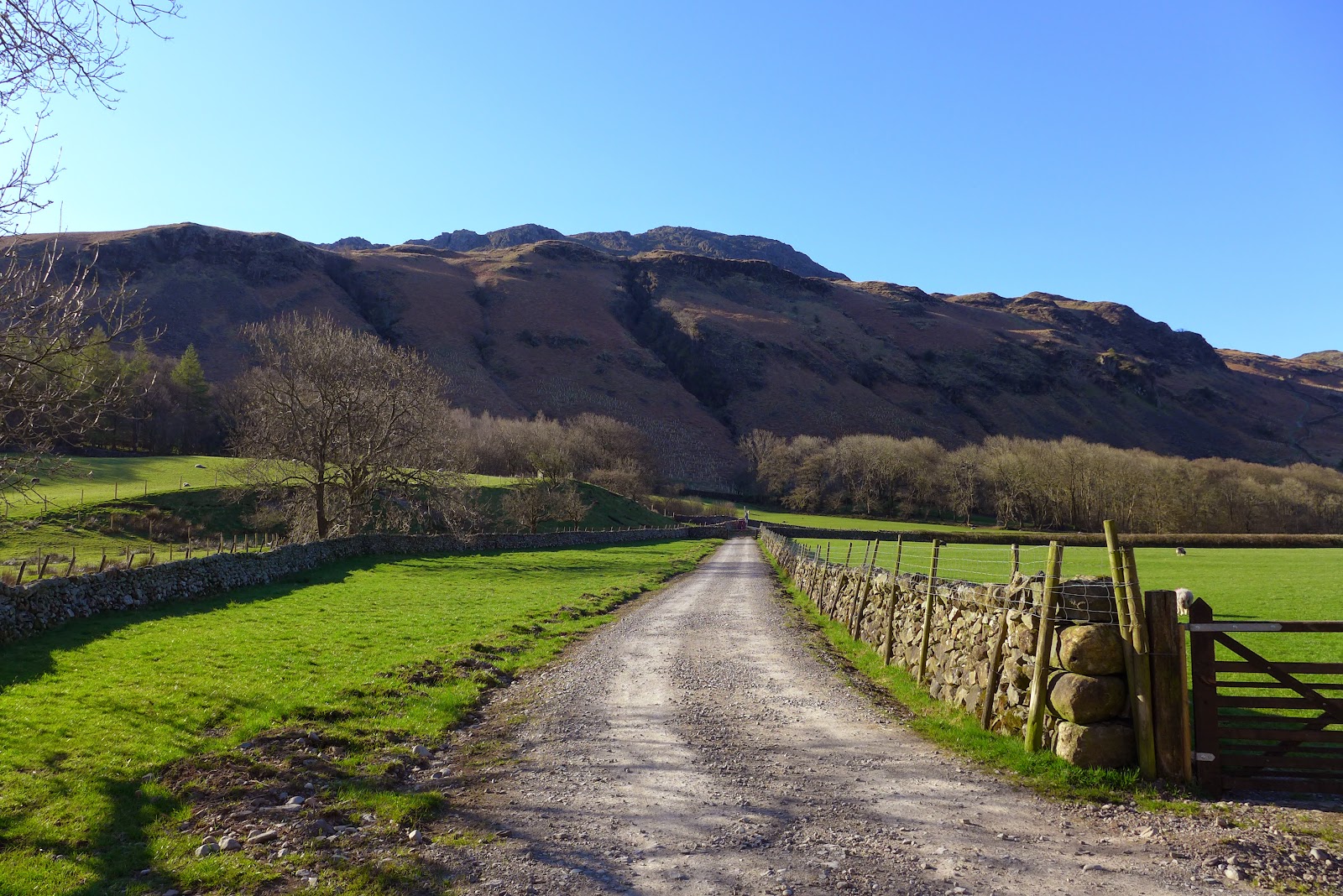 If you've made it this far then how about some summit panorama video's from Harter Fell and Hard Knott.